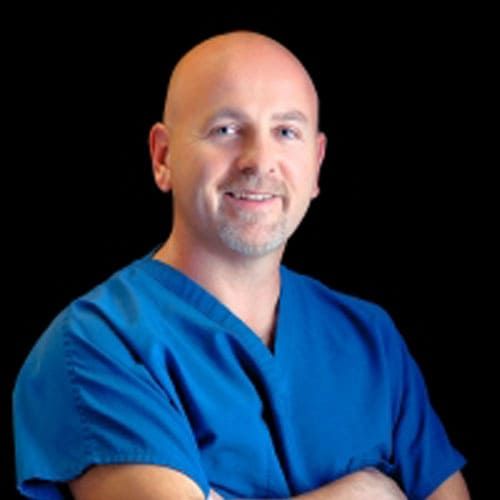 John was accepted into the Oklahoma State University College of Veterinary Medicine in the spring of 1993. He graduated from Veterinary School in 1997. John was on the Presidents Honor Roll and graduated in the top 15% of his Veterinary class. After graduating from Veterinary school, he moved to Ardmore, Oklahoma, and worked in the mixed animal practice for 3 years. He joined Airport Freeway Animal Emergency Clinic in August of 2000. At that time, the emergency clinic was owned by a group of about 30 local Veterinarians. After practicing emergency medicine for 2 years, John knew this was what he wanted to do for the rest of his Veterinary career. So, he purchased the emergency clinic from the group of Veterinarians and has been the owner since.

John lives on a small ranch in Alvord, Texas, about 1 hour outside of Fort Worth, with his wife Jennifer, and 3 children. When not practicing veterinary medicine, John enjoys spending time with his children and coaching little league baseball. They enjoy spending time outdoors, riding Harley Davidson motorcycles, dirt bikes, 4-wheelers, playing baseball, pretty much being “ornery” most of the time. They have 2 Rottweilers, Piper and Bindi, a Boston Terrier named Turbo, and a Boston Terrier puppy named Suey.

We've copied your review, after you click 'Publish' please paste your review by selecting 'ctrl' + 'v' into the review comments section.